Why Do We Fall?

Why Do We Fall? 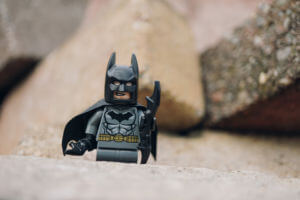 Bruce Wayne: I wanted to save Gotham. I failed.

Alfred Pennyworth: Why do we fall sir? So that we can learn to pick ourselves up.

an act or instance of failing or proving unsuccessful; lack of success.
– Thesaurus.com

Traditionally, individuals may initially become disheartened and discouraged if they have experienced failing at something in the essence that they don’t accomplish the expected outcome. However, what is most important is to realize all the many positive outcomes, the successes, that may result from participating in the experience and resulting from the failure, regardless of the intended or desired outcome.

For example, you may consider that all experiences, perceivably successful or not, are prerequisites that provide us with new insights and skills to apply to and prepare for future experiences. How would you know about yourself and areas needing improvement if you always succeeded initially at everything you ever tried?

Resiliency and personal perseverance are achieved when individuals experience failure, problem solve and then try again. In essence, failing helps support character development that enhances personal self-worth. Do you know anyone who is so afraid of failing that it keeps them from even trying? How does that support personal growth?

There’s always an outcome with every effort put forth; you get to choose its worth. What if we changed our perception of what outcomes provide us and changed how we viewed the definition of failure? Could we consider failing at something to just mean that the subject matter or the event was not right versus that we, the individual, was not right?

Adam Miner, a student at CLE Denver demonstrates and shares what it means to see the success in failure. 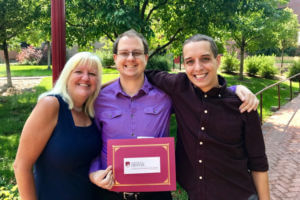 My name is Adam Miner. As a CLE student, I’ve always had trouble getting up in the morning and getting ready for the day. As a student of technology, my whole world has changed and opened up before my eyes.

It started on a Career Exploration session with CLE to the headquarters of Galvanize, one of the many coding boot camps around Denver. I saw a pamphlet for their 6-month web development immersive program and felt like I had finally found my purpose in life. So, I applied for it, studied up for one and a half months leading up to it, and finally got in starting April 2017.

Even though it was 8 hours a day from 9:00 am to 5:00 pm, Monday through Friday, I was awake, cleaned up, ready to go, and had coffee brewing by 7:00 am during my weekly ILS sessions. My attendance at class was 100%, and never wavered. Then I started falling behind further and further, until it was decided that I could not keep up at the rate at which I was going, and so I was dismissed after I was roughly 60% through the program in July 2017.

Fast-forward to roughly October of that same year. I had been keeping up with my CLE appointments since being dismissed from Galvanize, and I learned of another coding boot camp that caught my eye as a bit more of an easier program than Galvanize, this one through University of Denver. It was only 10 hours a week, three days a week, and seemed like it was much more easy-going than Galvanize. I applied and learned that I got in fairly early on in the interview process. Classes started in January 2018.

Fast-forward once again to July 2018. I had been working like a dog at this boot camp, but I had kept up through everything that was thrown at me. If I wasn’t sitting in the classroom during class hours, they had an option to connect remotely; I often took advantage of this aspect of class. I kept up with any homework, even doing some missing assignments the last week of class to keep up my possibility for graduation, and graduate I did.

So, now that the DU bootcamp is done, the job hunt begins. I’m currently looking for something along the lines of a junior web developer/designer position, and steadily working towards that goal of employment in my field. I never considered my dismissal from Galvanize as a true failure, so I took some words of wisdom from Samuel Beckett:
“Ever tried. Ever failed. No matter. Try again. Fail again. Fail better.”

This is the result of Adam using the skills gained from his experience at Galvanize to continue his pursuit of becoming a web developer. You will never know if you don’t try. Try, try and try again. See the successes in your efforts and let go of seeing only the “failure” in the outcome.