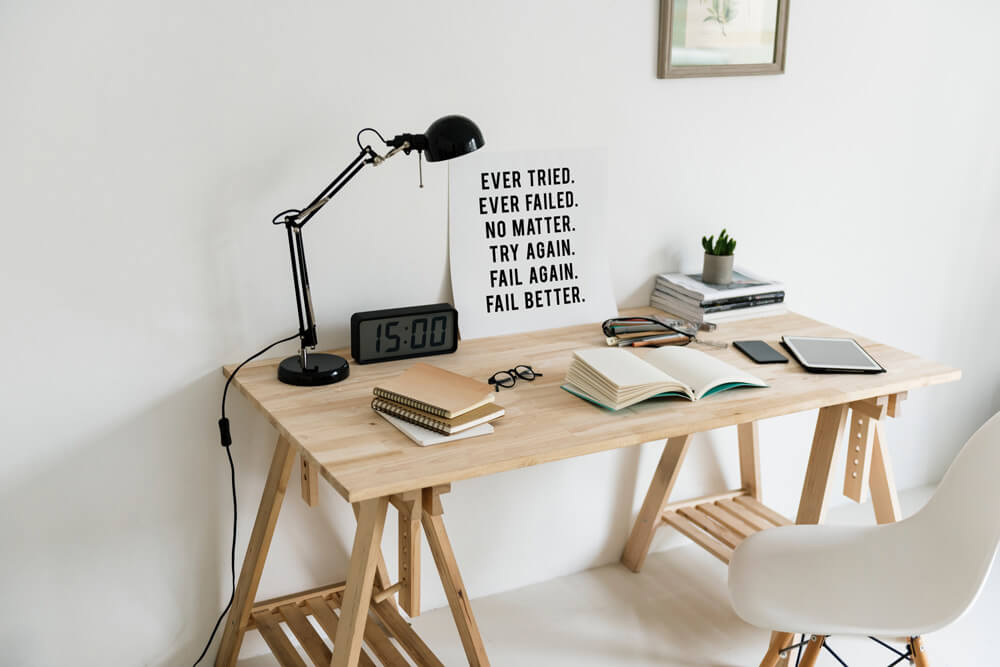 What do you think/feel when you hear that word? It likely causes a pretty strong reaction – feelings of anxiety, sadness, maybe even fear and thoughts about your self-worth and value. But what if I said failure is a good thing? This may seem counter-intuitive. No one wants to fail. But failing is a part of life. A very important part of life. And here are a few reasons why:

If you failed at something, you are likely trying something new or different. You may be striving for a goal or a dream and just came out a bit short. It is the fear of failure that prevents people from achieving their dreams. So, failing means you had courage and tried. And courage will allow you to keep trying and eventually succeed!

2. Failure is a Teacher

No success was every achieved without failure first. Before Thomas Edison was able to create a working light bulb, he failed 10,000 times. When asked about these failures, he stated that he did not fail, he just found 10,000 ways that did not work. Each of these “failures” made him reevaluate, try another method, and learn something new. Failure teaches us in a way that success never can. Without failure, there is no success.

As mentioned, failure can bring about intense emotions and thoughts. But during these periods, we learn a lot about ourselves and others. Failure helps us grow by allowing us to be reflective and thoughtful, by teaching us humility, and by building our character. It can also make us stronger and more determined. Likewise, failure can increase our empathy, our tolerance, and our acceptance of others.

You know what people say, “everything happens for a reason.” Although this may be a cliché, it does not mean that it is not true. Failure can result in a change of perspective that puts us on another path. And it often results in opportunities that would never have been available otherwise. We should always strive never to think of failure as the end, but as a new beginning.

5. Failure Leads to a Life with No Regrets

For those that know me, they know I am a huge fan of quotes. I decided to end with some quotes from those that could say it better than I.

“I’ve missed more that 9000 shots in my career. I’ve lost almost 300 games. 26 times, I’ve been trusted to take the game winning shot and missed. I’ve failed over and over and over again in my life. And that’s why I succeed.”
– Michael Jordan

“Only those who dare to fail greatly can ever achieve greatly.”
– Robert F Kennedy

“Success is not final, failure is not fatal: it is the courage to continue that counts.”
– Winston Churchill

“The only real mistake is the one from which we learn nothing.”
– Henry Ford

“No human every became interesting by not failing. The more you fail and recover and improve, the better you are as a person. Ever meet someone who’s always had everything work out for them with zero struggle? They usually have the depth of a puddle. Or they don’t exist.”
– Chris Hardwick

So it’s true…failure is hard, inevitable, and worth it!
– Kelly Miller-Alvarez