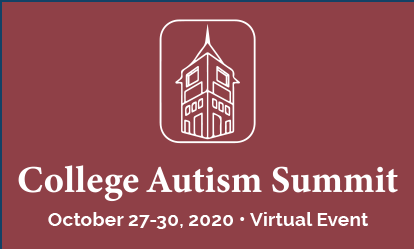 Join Us at the College Autism Summit

CLE will share two presentations at this year’s summit

► Program Development: Build a new program to support students with autism, or improve a current program using evidence-based strategies
► Transition from High School: Make informed decisions about the kind of institution a student with autism should attend; meet staff from some of the best programs in the country
► Employment and Workforce Transition: Self-advocates, families and professionals will hear from employers and employment specialists about strategies to enhance employment preparation and job-searching
► Teaching and Learning: Discover new evidence-based practices that make a difference in the classrooms, labs and performance spaces for students with autism
► Social and Emotional Support: Hear from experienced professionals about effective initiatives for building resilience, independence and life skills 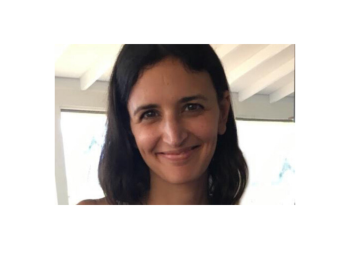 Creator, executive producer, and showrunner of the Netflix series “Atypical”

“Atypical is irreverent when it needs to be, insightful when it counts and, above all, empathetic to the pressures of growing up — on or off the spectrum,” according to Lorraine Ali, television critic at the Los Angeles Times. For the series, Robia was awarded the 2017 Writers Guild of America West Evan Somers Memorial Award at the Media Access Awards, which honors individuals who are showcasing the disability narrative. Additionally, AutFest 2018 honored Atypical with their Spotlight Award. Robia was nominated for a HUMANITAS Award in 2020 and the show was nominated for a Peabody Award for 2018.

In 2019, Robia was honored by The Miracle Project as Entertainment Angel. She was named by The Hollywood Reporter as one of the “Showrunners to Watch” for 2017. Robia has been at Sony TV since 2013 and has an overall deal with the company.

Robia began her career as a playwright, receiving her MFA from New York University’s Tisch School of the Arts. 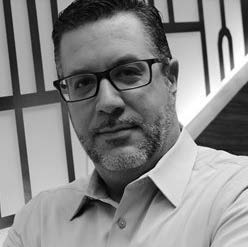 Anthony Pacilio is a Vice President and Global Head of Autism at Work for JPMorgan Chase. In this role, he manages recruiting efforts, as well as developing candidate pipelines and ensuring best practices for ongoing support. Anthony has been with JPMC 8 years, serving in a variety of technology roles in Consumer and Community Banking. Prior to joining JPMC, he held various positions in the finance and healthcare industry. Anthony’s previous companies include MBNA America, Bank of America and CIGNA.